The town of Lucban, the land of pancit habhab and colorful kiping-decorated houses, has revived the iconic Pahiyas Festival this 2022, two years since the pandemic forced most festivals in the Philippines to go virtual.

Every May 15, the agricultural towns of Quezon province celebrate the feast of San Isidro Labrador, the patron saint for good harvest, in various ways — the Agawan Festival in Sariaya, the Mayahon of Tayabas, and the Pahiyas or officially the San Isidro Pahiyas Festival. 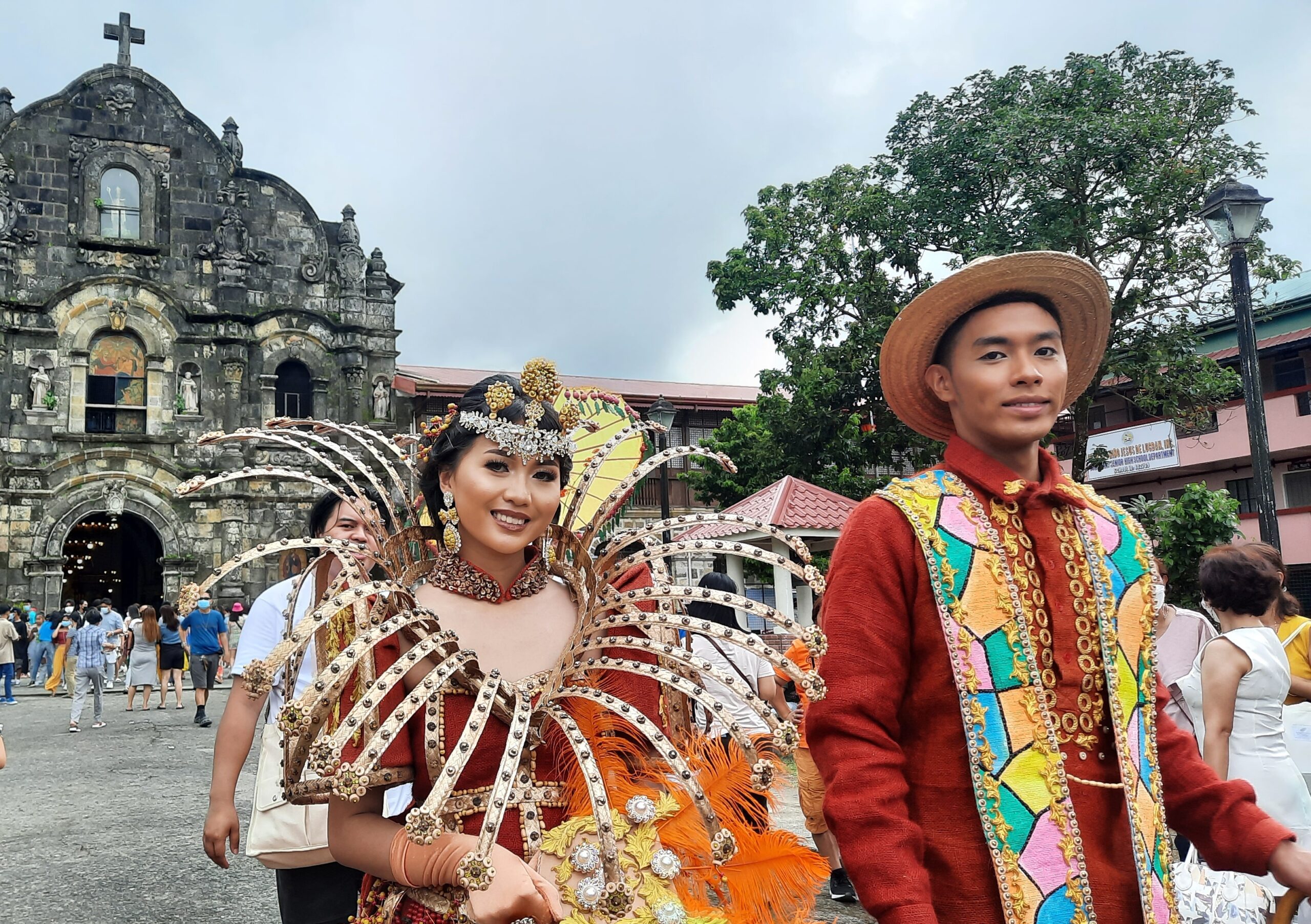 Pahiyas is dubbed as one of the country’s most colorful festivals and begins with an offering to the farmer saint, a practice derived from the early residents’ ritual of setting aside a portion of their harvests to the anito” or ancestor spirits.

Before the feast, locals in the designated streets where the procession of San Isidro will pass through decorate their houses with rice stalks, a waterfall of fruits and vegetables, and most notably, giant flowers and chandelier-like “arangya made from multi-colored kiping (rice wafers).

Natives believe the houses on this route will receive a blessing from the saint.

This year, over 600 houses participated in the Pahiyas. 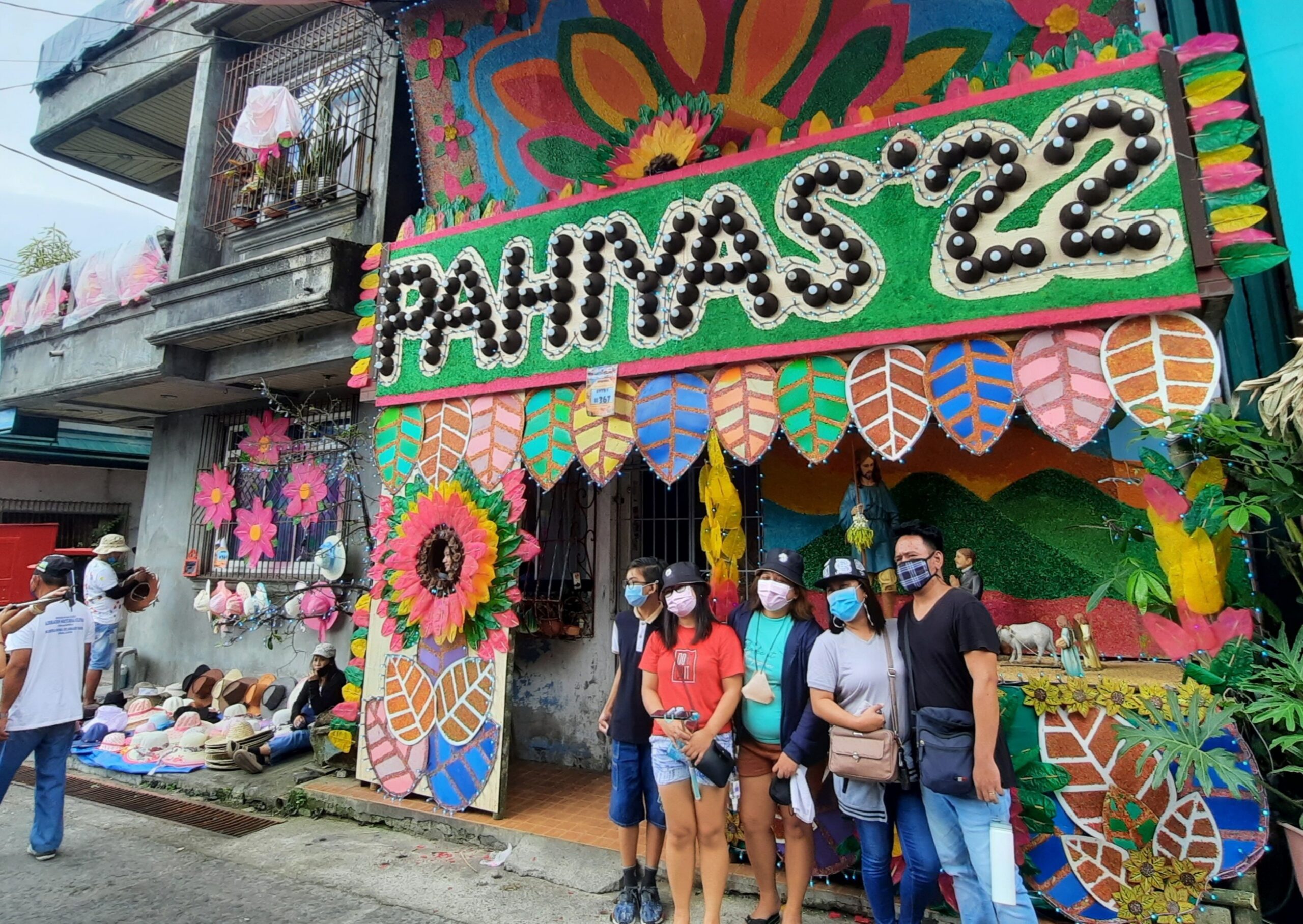 The streets pulsate with more life in the afternoon when the grand parade starts moving with the marching band, higantes, the Parikitan winners and town’s belles dressed in white and locally-crafted long gowns.

But apart from the houses that outdo each other, also not to be missed are food stalls lining the procession route, selling various Lucbanin dishes from habhab, Lucban longganisa on stick, pilipit kalabasa” to roasted kipings.
While the pandemic halved the number of visitors, the festival still attracted a relatively huge crowd.

Department of Tourism-Calabarzon officer-in-charge Marites Castro said all accredited hotels and resorts in Lucban were fully booked leading to the event that other tourists were already billeted as far as Lucena, which is about 28 kilometers away from the town proper.

If you’re already in Lucban, then a side trip to emerging and existing destinations are a must. On top of it is the Kamay ni Hesus, a pilgrimage site known for its healing masses and the 50-feet image of the Ascending Christ. 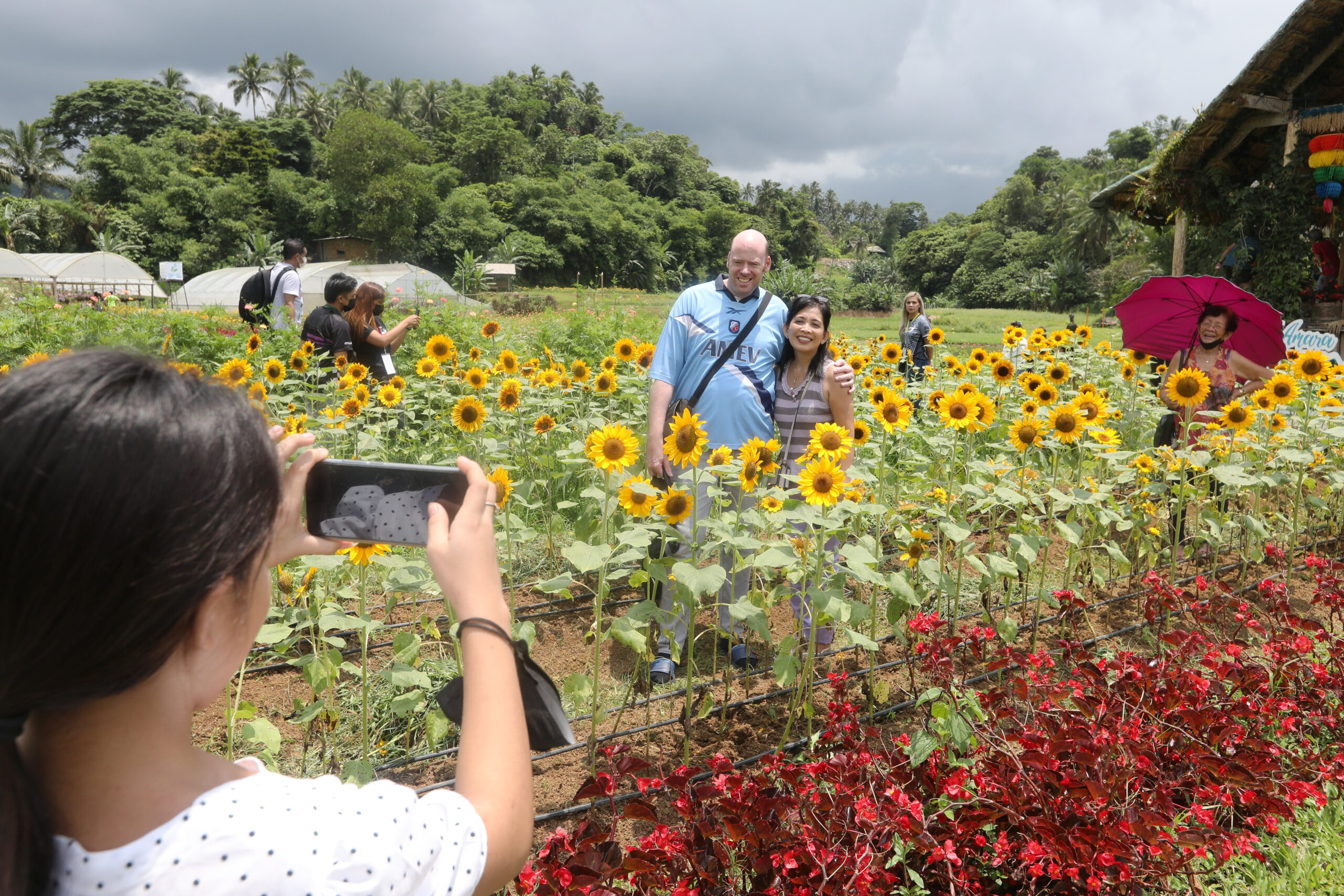 A four-minute drive from Kamay ni Hesus, you will reach the Bukid Amara where you can find a meadow-like landscape, featuring gorgeous rows of sunflowers and different kinds of blooms.

The flower garden is set against the backdrop of the majestic Mt. Banahaw, which would likely make those who grew up in the province reminisce about childhood memories on a farm.

Bukid Amara also offers a Filipino “kamayan-style” dining inside a bahay kubo situated just beside a lake and its flower field. The dishes use locally-sourced ingredients, including edible flowers the owners grew themselves.

The Enchanting falls is now open! The waterfall in the mountainous village of Dipilat in Vintar, Ilocos Norte is now made available to the public after lifting the restriction on non-residents.
Read more